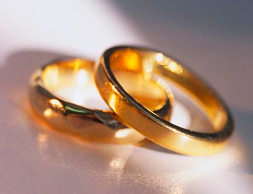 A proposal to repeal New Hampshire’s same-sex “marriage” law is on its way to the full House of Representatives in January. The House Judiciary committee voted 11-6 to send the amended measure, HB 437, out of committee. If approved, traditional marriage would be restored in the Granite State, while civil unions would be made available to same-sex couples, as well as any two unmarried adults who wish to form one for reciprocal benefits based on need, not on a sexual relationship. The roughly 1,600 married same-sex couples would remain “married.”

Rep. David Bates, R-Windham, the bill’s prime author, said marriage should be restricted to a man and a woman and letting any two adults enter a civil union is the proper compromise. “We have heard for a number of years that the government needs to get out of peoples’ bedrooms,” Bates said. “This does not contemplate the sexual relationship of the parties involved.”